Got little kids? And constant drama? Here are some simple steps to help restore the peace!

Imagine being able to parent your little kids in a fair and consistent way, without ever needing to beg, threaten, coax, or repeat your instructions with a louder and louder voice until you eventually snap in anger…

It starts with insisting our kids abide by four simple rules.

Whilst these rules are pretty obvious, by far, the most recurring rule to be tested will be the last one about obeying instructions, without delay.

Once these 4 rules are clear in the minds of your children, you’re ready for the 4 steps to making sure they become second nature.

If/when any of these rules are broken, calmly stick to consistent, clear consequences.

Here are some practical next steps.

Step 1: Give the instruction once in a non-threatening tone.

Whether it’s, “Put that down.” “Come eat your food.” “Stop!” or “Climb in the car, please,” here are some tips to optimize the effectiveness of your instruction.

Stay calm and upbeat as you give it. This communicates that obedience is normal, not an unfortunate invasion of their happiness.

Give a clear and simple command. Saying, “Would you…” or “Can you…” is a suggestion, not a command. For younger kids, it’s best to be as clear and concise as possible, so ditch it!

Put their name at the front of the command. “Sally, climb in the car.” Sometimes, after their name, add the word “listen” – the combo of the name and the verb communicate to your child that a directive is coming in for a landing, such as, “Sam, listen: it’s time to go.”

Say it in the simplest possible sentence. Don’t give 2 instructions back to back. And use short sentences with short words.

Say it positively. “Shut the gate” is better than “Don’t leave the gate open.” Say “Speak softly!” instead of “No shouting.”

If they’re absorbed in something, give them fair warning.

For example, if they’re playing with a toy, making a puzzle, or enjoying a bath, give them a minute warning. This is just being kind. Don’t you need more than a few seconds to change gear when you’re in the zone?

If they obey quickly, say “Good listening!” in a delighted tone.

One of the secrets to guiding the behavior of people of all ages is to heap appreciation for good behavior every time you encounter it.

Most little kids want to please their parents, and your praise is like sunshine and water on the small plant of obedience growing in them – helping it to take even deeper root in them.

But what if they don’t listen in 3 seconds?

Step 2: If they don’t obey within 3 seconds, say “You’re not listening!” in a firm tone.

No need to up the volume and shout. No need to negotiate, threaten or manipulate.

When we do any of these – all we’re doing is teaching our kids to ignore our first command, and instead, wait for us to reach our snapping point before obeying us.

A much better way is to not get emotional at all.

Give the instruction once and calmly count to 3 in your head, then say with a measure of firmness, “You’re NOT listening!”

As I’ve been applying these steps in my own home, this simple phrase has become more powerful than I’d ever imagined – most times, leading to immediate co-operation!

When they then do obey straight away, move immediately to ‘praise mode’ and commend them for listening so well.

When they don’t (and they won’t the first few times you go through these steps), it’s time to get serious and move to steps 3 and 4…

Step 3: If, after another 3 seconds, they still don’t obey, say, “You didn’t listen!” and enforce a consequence.

To recap – you’ve given the command, waited 3 seconds, then said, “You’re not listening,” then waited another 3 seconds with no observable obedience in that time.

“You didn’t listen!” – These words are best spoken in a firm, calm, non-spiteful, and non-angry way.

From now on, every time your kids hear the words “You’re not listening!” — they must come to know that an undesirable outcome will always follow if they don’t act within 3 seconds!

In fact, the only way step 3 will work is because your kids have learned from experience that you are not a push-over.

A bit about consequences: After you have uttered the words, “You didn’t listen!” your child might apologize and try to obey you.

But it’s too late. They missed their 6 seconds of grace! A consequence must now ensue.

A consequence is not a punishment angrily unleashed by a frustrated parent.

In fact, the words “You didn’t listen!” should be translated in tone as “Oh no! Look where disobedience gets you!” never as, “How dare you – I’ll show you!”

Assigning a consequence teaches our kids that we parents don’t just have a voice, we have authority. When done right, it forces reflection on what they did wrong and gives them a chance to rethink and amend their ways in the future.

But what consequence should be assigned?

That’s a subject on its own, which we’ll dive into in the very next article, but before that here’s the final step…

Step 4: After the consequence, see if they’re ready to listen/make right what they did wrong.

Consequence complete, ask them, “Are you ready to listen?”

Or if they broke rules 1-2 (don’t hurt another or damage things) ask something that helps them make amends, like, Are you ready to…
– help me pick up and throw away the pieces of the plate you just threw on the ground?
– ask for your brother’s forgiveness for hitting him?

If they say yes then say, “Well done!”

If they don’t say yes, calmly say, “Oh no! You haven’t learned your lesson yet,” and repeat the consequence.

So simple, yet so hard, we know.

Let us know how it goes in the comments below, or share some tips you have that have also helped x

Login now to comment or register if not a member yet.

One thought on “Simple Ways To Restore Peace In The Home” 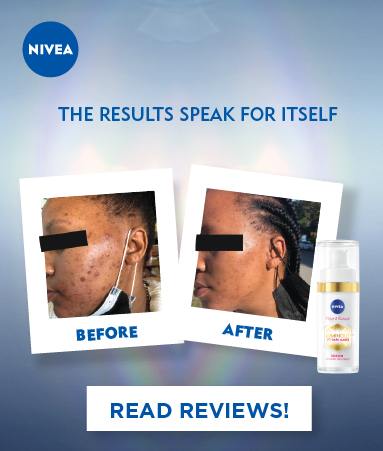